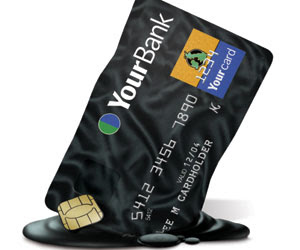 I’ve worked in banks for the past 7 years of my career. I met some really good people, made some friends, and learnt alot along the way. I’ve got some insight into what makes banks and bankers tick and this has recently been on my mind given a few conversations I’ve had with people “on the inside”.
I’d like to spend this blog proposing a new model of value creation for banking and bankers based on the concept of the “Common Good”. With the “common good”, being defined as a positive effect on a wide constituency of stakeholders, and the system we call “society” as a whole.

As we all know we (the people) own much of Northern Rock, RBS and Lloyds and have had to support with financial investments in market structures, liquidity and insurance virtually all other financial services companies. Now I can tell you, and it should come as no surprise, that all the banks that have received state support are desperate to get the government, i.e. our representatives, out of their affairs. This is the major focus of RBS and Lloyds and what will allow this to happen is moving back into profit fast, stablising balance sheets and stopping all unprofitable activity. This agenda is consuming their management teams. These activities are being supported by governments that, quite rightly, don’t want to run or be involved with commercial enterprises and want to show a return for the investment of our money as soon as possible.

The leaders of these organisations are talented and well incentivised and will succeed. They will get back to being independent commercial enterprises that play the markets, deliver profits, (often super-normal) and pay big bonuses to their staff, sooner than we think. They will pay dividends and look to make stock market returns by placating the analysts thirst for short term results. And these potential outcomes, a return to the “status quo” with a little more risk management and some structural reform, would be a far better state than we are now in.
But shouldn’t we play for more? Shouldn’t we, since its our money on the line, demand greater change? One scenario would be we demand an approach where there is a more balanced set of objectives for our banks, objectives which build “the common good”, as well as profit and return. This in my mind is the big opportunity out of the crisis.
We have lived through an almost unimaginable collapse in our global banking system. But it seems to me that we are regressing back to the norm – going back to the status quo. Given each taxpayer has had to stump up somewhere from £2,500 to £15,000 to bail out the banks through this crisis (depending on what source you read!) – what do we want to do with this investment? Whether we like it or not these institutions were too big too fail. And this, I think, is not just the result of their commercial size and success, it says more about the role, and potential role, they play in our society. Banks, for good or ill, are a big part of making our society, the system in which we live, work.
State intervention in the banking system was right and no doubt protected us from a catastrophic economic situation. We, the taxpayer and our government, are now involved in these enterprises and this gives us the right to demand a change. Do we want to return to the type of banking and market dominance that led to the collapse? This is the likely scenario unless we start to engage in intelligent, informed dialogue about what new form of contribution we want from these institutions.
My opinion is that it isn’t enough for banks just to pay off government aid, buy us off (hopefully with a return), and go back to what they were doing before with even more less-than-effective regulation. All stakeholders (and that includes us) need to get involved to understand how banks can play for a different set of aims which include contributing to the common good.
A bank operating for the common good could:

And in return we would need to cut the banks a break. We will need to understand that the fixing of the system is hard, it will have ups and downs, successes and failures. There will continue to be excesses as the old status quo evolves to something different. The market will need to allow management teams to deliver lower absolute profitability, without the ruthless short term focus; and develop new measures for contribution of the business both financial and societal. The media will need to focus less on the reaction to short term issues and seek to represent and support the longer term goals of delivering a “common good” through intelligent and informed debate.

And there are some potential new practises emerging:

Barclaycard is launching a new online account management system which allows spend analysis by category in order to give their customers better information.

Tesco Personal Finance are talking (but only talking at the moment) about building a bank rewarding loyalty.

There is talk of a “Post Bank” being launched using the infrastructure of the Northern Rock (see this article). And other local community banks are also being discussed.

I am sure many, even some old colleagues, will read this and think it is all pie in the sky thinking. But if we allow the system to return to the old status quo, albeit with some structural or regulatory modifications, then I think we will have squandered an opportunity of a lifetime to forge something new and better for the banks, the bankers, our society and for us as consumers.

What do you think? Please leave a comment, thought, disagreement or agreement below or drop me an email at: justin@basini.com

As always please feel free to share, Retweet, Digg or bookmark! I really appreciate it.

Thanks for reading (and thinking),

Did you know you can sign up for updates and news from Justin Basini? Just click here.